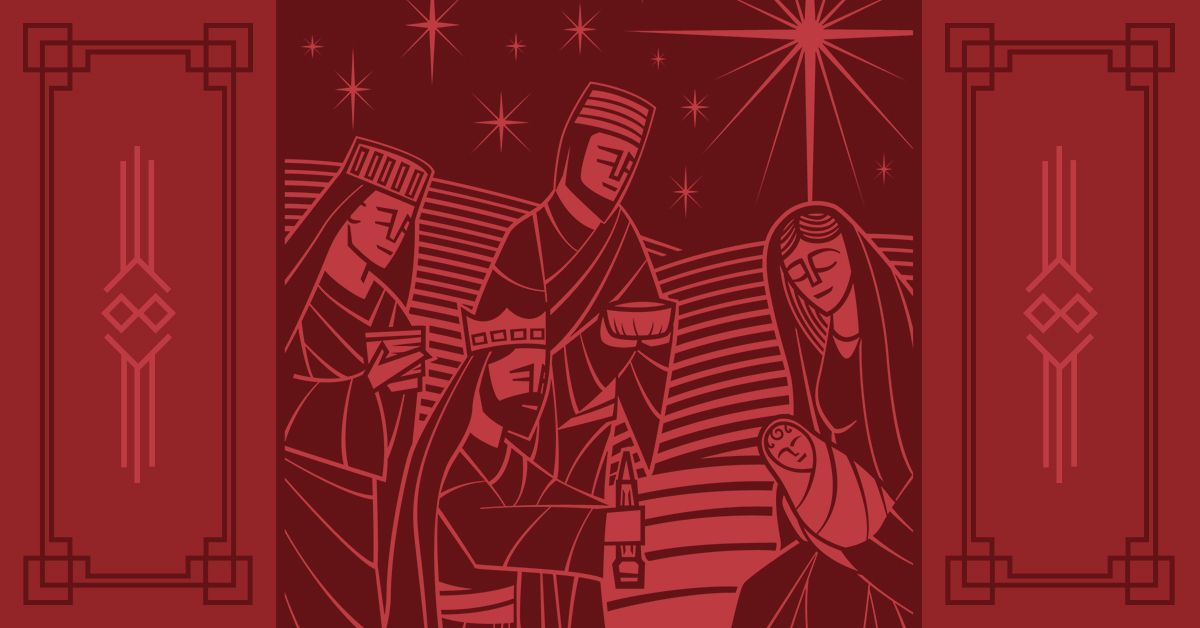 ¹ Now after Jesus was born in Bethlehem of Judea in the days of Herod the king, behold, wise men from the east came to Jerusalem, ² saying, “Where is he who has been born king of the Jews? For we saw his star when it rose and have come to worship him.” ³ When Herod the king heard this, he was troubled, and all Jerusalem with him; ⁴ and assembling all the chief priests and scribes of the people, he inquired of them where the Christ was to be born. ⁵ They told him, “In Bethlehem of Judea, for so it is written by the prophet:

⁶ “‘And you, O Bethlehem, in the land of Judah,
are by no means least among the rulers of Judah;
for from you shall come a ruler
who will shepherd my people Israel.’”

⁷ Then Herod summoned the wise men secretly and ascertained from them what time the star had appeared. ⁸ And he sent them to Bethlehem, saying, “Go and search diligently for the child, and when you have found him, bring me word, that I too may come and worship him.” ⁹ After listening to the king, they went on their way. And behold, the star that they had seen when it rose went before them until it came to rest over the place where the child was. ¹⁰ When they saw the star, they rejoiced exceedingly with great joy. ¹¹ And going into the house, they saw the child with Mary his mother, and they fell down and worshiped him. Then, opening their treasures, they offered him gifts, gold and frankincense and myrrh. ¹² And being warned in a dream not to return to Herod, they departed to their own country by another way.

Matthew 2 introduces us to a series of kings and rulers. First, we are introduced to Herod, the Roman-appointed king of Judea. Herod was responsible for remodeling the Jerusalem temple and making it a massively impressive spectacle in an attempt to win the hearts of the people.

Second, we are introduced to a group of wise men who have traveled a great distance from the East. This group of men was able to discern creation’s sermon and had followed the heralding star to the place of Jesus’ birth. They have not come to simply observe. These men have come to adore, to worship, and to give gifts.

Third, we are introduced to Jerusalem’s ruling and religious elite. Unlike the men from the East who have eagerly followed the preaching star, these men find the news of Jesus’ birth to be quite “troubling.” Only a few verses later, we find King Herod trembling with fear and insecurity. In a rage of jealousy, he orders the murder of countless young boys in and near Bethlehem.

What kind of child elicits such radical and diametrically opposed responses from these men? Why do some men want to worship the infant while others want to dismember him? The answer is to be found in the unique identity of the child.

Herod, the religious elite of Jerusalem, and the wise men from the East all knew that the Scriptures had prophesied the coming of Israel’s future, forever King (Micah 5:2). Unlike all other kings, this King would rule with unwavering righteousness and justice (Isaiah 9:7). This True King would expose and ultimately dethrone all fraudulent kings and kingdoms. This King would be King of all!

To all like Herod, who want to be their own king, to all who trust in their own sufficiency, to those who are hungry for power and control, the birth of Jesus is a threat because Jesus is the world’s only True King. His birth disrupts our sense of autonomy. His incarnation is a declaration of war.

Of the increase of his government and of peace, there will be no end, on the throne of David and over his kingdom, to establish it and to uphold it with justice and with righteousness from this time forth and forevermore. The zeal of the LORD of hosts will do this.

Our True King, who rules with righteousness and justice, whose dominion knows no bounds, please accept our humble praise.

Remind us of the holy work you’ve entrusted to us:
Not to command the world, but to take care of it.
Not to rule the world according to our own will, but to steward and tend to it according to yours.
What a privilege you’ve given us: a sacred role in the making new of all things!
Your work in setting the world aright does not depend on us, yet our work glorifies you.

Despite this hallowed calling, we believe the lies our sins hiss in our ear: it’s not enough.

We confess that like Herod, we crave control and authority and often feel threatened by your Kingship and power.

We pray you would scrub our souls of any last remnants of these desires. Replace them with a joyful willingness to submit to your rule!

Help us to seek you as the Wise Men did:
Not because we are merely curious, but because you have given us faith.
May we come not to observe, but to adore.

When we reach our forever home, let us announce, “We saw the star when it rose and have come to worship him.”

Jon Needham is the lead pastor and founding pastor of Coram Deo Church. He and his wife live in Bremerton with their three kids. He loves spending time with his family and riding motorcycles.

Advent
Christmas
The Gospel of Matthew